Amazon’s Book Description:
The desert’s a strange place, where folks go to get lost, find God, or get hitched. And if it’s a weddin they’re after, well it don’t get much better than the Midnight Chapel.
The reverend there, Bob Nevers, is a strange feller and he’s been known to join just about anybody in holy matrimony if they so desire. Except there’s this old couple, Joe and Bea, lookin to renew their vows. For some reason, Reverend Bob don’t want any part of that, no sir. Seems them two are trouble. Big trouble.
Strange thing is, ever since that night when Joe and Bea showed up, no one’s seen Reverend Bob at all…
Grab this here little short story now and maybe you’ll find out what happened. Could be a little funny, could be a little scary, but it dang sure won’t be borin.

You already know that I’m a fan of Allison’s, and I’ll bet that you’re becoming a fan as well. She has a lot of stories out now, and there’s a little something for all tastes. If you were paying attention, then you saw when I reblogged The Good Girls post not too long ago, and linked you to the Amazon page… where you were able to download your free copy while it was on sale. If not, never fear! Most stories have a 99¢ price tag,- so you don’t have to wait for her to have a sale to pick one up and lose yourself in Allison’s world.

In THE LAST WEDDING IN THE MIDNIGHT CHAPEL, you are the person in the book that the story is being told to, and it sucks you in immediately.
While driving down the highway, your body is telling you that your trip through the desert needs a pause for the cause, and your gas gauge is telling you it’s time for a fill up, so you stop to stretch your legs and quench your thirst. Emmett, the owner of the gas station, invites you to sit a spell & enjoy some ice cold lemonade with him before you’re off to ‘wherever it is you’re headed’. How can you resist this charming old coot? You have a seat, and before you know it, Emmett has you pulled in to a very interesting story about this place in the desert. A place you may have noticed just before the town line, a dusty little chapel set just a little way off the main highway… The Midnight Chapel. It was called that because that’s when the chapel did its business, after the clock struck twelve.
Reverend Bob Nevers ran the chapel, and he was of the mindset that if you’re in love and want to be married, he’d be the one to perform the ceremony. He’d help just about anyone get hitched. Love is love, after all. Who is he to judge?
Reverend Bob had Millie Jonas as an assistant in the chapel. His beliefs were very open minded, and he had some far out ideals. Millie’s beliefs were as straight & narrow as Jesus Christ’s, but they worked well together. Emmett and Millie had gotten to be real good friends over the years, so when she came to the gas station shortly after Reverend Bob disappeared & told him she was leaving for California to stay with her sister, he was really heart broken. You can tell that it still hurts, because she wrote him a letter when she got to her sister’s, and he still carries it with him.
Emmett hands you the letter, it is Reverand Bob’s story and you should read it in her words. From someone who knows what happened night Reverend Bob disappeared – because she was there. Her words do the story justice, and you need to know the truth. You need to know the real reason that she left for California, and how she got out when she did… while she could.

*Needless to say, I’m giving the review 5/5
Because… I was locked in from the first page. Because of the story and the way it was delivered. Because the players and their quirks. Because of the way Emmett ties things up after the letter. Because the very end has a Twilight Zone kind of feel that I just LoveLoveLove!
Have you read this already? Tell me what you thought about it!
What is your favorite story of Allison’s?
Comment below – let’s talk!!
P, L, & N ❤
~sg 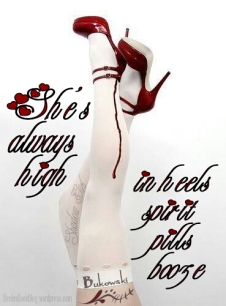 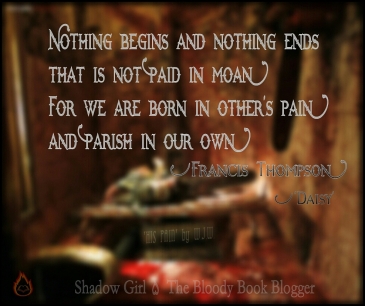