Optical Delusion by Hunter Shea
My rating: 5 of 5 stars

Optical Delusion centers around a gag-gift, ordered from the back of comic book, that begins to consume a man’s life.
Martin can’t stop peeking – but, for him, it’s all in the name of science! ::dramatic eye roll:: The fun is long over when Martin realizes that he has taken peeping too far, and there are just some things just can’t be unseen.

I love how Hunter Shea builds the story up!

You can feel the main characters inner conflict & turmoil in the beginning, but his desire to see more soon overrides any sense of guilt he may have once had.
It’s so much fun riding along as Martin loses his grip, and slides faster & further down that slippery slope!
I know I’d be in the same boat, My need to poke my nose into everything is already out of control – having x-ray specs would turn me into a fa-reak!

View more of my reviews 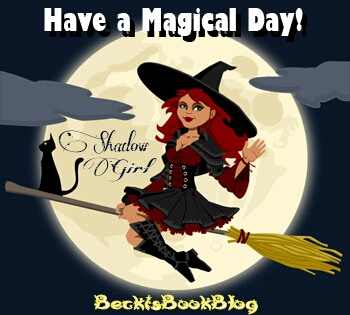 Need some loving this Valentine’s Day? Looking for a hard body, and don’t care whether it’s dead or alive? Got an itch no one can seem to scratch? Well, I guarantee Peter Lyles will not only scratch that itch, but leave you itching for more! Join Tonia Brown and Peter Lyles (and me, of course!) as we spend Valentine’s weekend giving away his unlife story.
You’ll laugh, you’ll cry, you’ll get all worked up and might even have to change your undies.
He is just that good ❣

This Facebook event starts on February 14 at 12:00pm and will continue, hard & strong, until February 16 at 11:45pm ❣
The concept of this event is very simple: You get to spend a virtual weekend in the company of Peter Lyles. He has promised to slip away from his lady friends and spend the weekend answering all of your most intimate questions about his most intimate parts. All the while Tonia will give away free downloads of his undead story, Lucky Stiff: Memoirs of an Undead Lover.

Can’t wait to read it? Than go ahead and grab that bad boy by the horn! Tonia likes money, and you like hot, hot sexy sex. It’s a win-win!

❤ Want to get to know Tonia a little better? See what she had to say when she joined us for BBB’s very first Coffee Talk author interview ~ Coffee with Tonia Brown ❤

Barry, a practicing witch, [Wiccan] has collaborated with well-known SF and horror writer Strieber in CAT MAGIC. A story about Witchcraft and Wicca, written in 1986 – before the New Age wave hit hard and Wicca as a religion was still a taboo. The book helped keep the focus away from “black magic” nonsense that the movies of the same period were trying to hype. It became a sort of ‘spokespiece’ for Witchcraft, relying on the ancient wisdom of worshipping the earth and the seasons, of living with and respecting nature and the holy in people and animals.
The story focuses on young Amanda Walker, who has come to rural Maywell to work with Constance Collier on her latest book. But Constance is really a witch, the spiritual leader of a large coven, and unbeknownst to Amanda she has picked the girl to be her successor. To complicate matters, Amanda’s eccentric uncle George, who is involved in research in resuscitating the dead, has finally gone over the edge and is looking for a healthy young woman as his next subject. And Brother Simon Pierce, local fundamentalist preacher, himself quite mad, is determined to enforce the Biblical injunction, “Thou shalt not suffer a witch to live.”
• I’ve read this four times now, and I love it a little more each time. There are times when the story tries to incorporate ancient Witchcraft myth & legend into a book that is trying to portray Wiccans in a positive light. While that does help the author weave a more fascinating web, it actually casts a shadow over the overall effect. I loved the fey, shown as a race which can be elusive and enduring, as well as dangerous and a little frightening. The Wild Hunt is exciting, proving Amanda to be the person everyone hopes she is, and where she begins to realize it herself.
There is a part, in the lab with George, where he is performing an experiment on a frog. It’s told from the frog’s perspective (as odd as that may sound – it’s really not). That part breaks my heart every time I read it. Feelings going from confusion to pain, back and forth – until, finally… the pain is gone, Summerland is within reach. Everything is finally ‘right’. Then it’s ripped away & it makes me curse life.
I really hope you’ll try to find a copy of this book. It’s a story I’d love to discuss with you. I’m interested to hear the views from Christians AND Pagans, I’m curious to see how different one view is from the other.

Lucky Stiff: Memoirs of an Undead Lover
By Tonia Brown 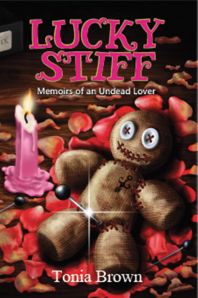 Zombie Erotica. You know these individual words, but these words together? It gives you a ‘o.O’ moment. Zombie Erotica could lead to some very disturbing thoughts and imagery. Let me assure you, this is not a disgusting or disturbing story! Quite the contrary. Tonia is a master at erotica, and a master at zombies, for LUCKY STIFF she brings the two together and creates a novel like none other. A novel that induced laughter, tears, excitement, and a little tingly feeling in the nether-regions ::winks:: Yes. She’s that damn good.
This is a story about one of my favorite Peter characters. (You read my posts, you know who the other one is. THIS Peter is the original Peter in my literary love life. Peter Lyles.)

Peter and his buddies are off on an epic Spring Break trip, one that they’re going to make sure ends up in the record books. Off to New Orleans for some much needed R & R, their vacation takes a wicked wrong turn when Peter downs a fistfull of Roofies – instead of the sleeping pills his friend ‘Drugstore Dave’ said they were. A few hours later… Dave, Jack, and Mooch find Peter right where they left him – only now he’s cold to the touch & blue! While freaking out and contemplating a future filled with back-door invasions from their prison husbands, Mooch remembers Madam Sangrail – the Voodoo Queen, from his old neighborhood. “People said she could do things. Or… un-do them.” Madam Sangrail’s flavor of magick¹ brings back an undead Peter – a kind of undead you’ve never known existed, but, the kind of undead that makes the impending Zombie Apocalypse sound like it might not seem so bad!

Be sure to check out my interview with Tonia, links to her and all her work HERE, in the ‘Coffee Talk‘ pillow fort!

This was the first book of Tonia’s that I read, it’s the book that led to my first real conversation (& eventual unbreakable bond) with Joy Killar, which led to meeting & becoming friends with Tonia! Funny how life works. All this from downloading a sample of a book because a book cover discovered during a Google image search intrigued me!

¹ Magick: Not to be confused with stage “magic.” Magick is art of utilizing natural forces around us to bring about change. Magick is neutral, neither good, nor evil. The practitioner decides how they would like to focus this natural energy.

#cyberpunk #cyberart #reface #masks #filters #stickers #practicemakesperfect
#editedinpicsart #masks #filters #reface #practiceediting
When your inner-demons want to chat...
I was looking for a different background for a board, and ended up with this! I did something similar a couple months ago, but more detailed.
#strongerthanaddictionchallenge #strongerthanaddiction #challengeyourself
#MadameZelda is acting kinda sketchy about my #fortune...
I took this all straight from @workithealth.
#editedwithpicsart #replay #tutorial #ShadowGirl #amreading