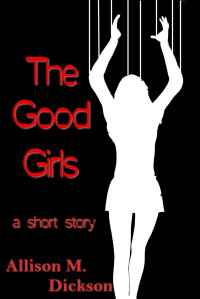 Poor Nina. A girl who’s faults can be chalked up to some bad decision making, but it’s those bad decisions that led her down the path she is on today… working off her debt to the mob by spending year after year in a seedy whore-house, ran by an evil & hateful Madam.
Drugs, greed, and a lowlife boyfriend. That combination is what drove her to trying to steal from some very powerful mobsters. Not willing to let this deed go unpunished, they choose to make her work it off. Threats on her family and fear for their lives drive her to make good on this, so when she is able to leave – she’ll be able to live her life without worrying about a past that could catch up with her.
Fast forward five years. Nina, who is still working on her back with the most foul human beings on earth, is given a One Time Only deal. One more client. One last trick. Half a million dollars. Debt is paid, free and clear – with a little left over to get her back home with her mom. How bad could it be? Hasn’t she seen all there is to see in the past five years? Is there any level of humiliation she hasn’t already suffered? Half a million dollars! Surely, an odd, reclusive, old man isn’t going to be the thing that stands between her and her freedom! As she enters his home – she realizes just how wrong she was. Even I didn’t expect the horrors that Nina walked into. Could anyone experience the terror within these walls and remain sane enough to live another day?

The Good Girls is a short story. But – the horror & insanity that is packed into those 29 pages made the back of my eyes itch, and I had to turn on the lights. AMD’s writing gave me such a clear visual and a sense of unease that I haven’t been able to shake off yet.

Download your copy of The Good Girls, Daddy is waiting for you…and Daddys ready to eat.

I love my friends and am SO excited to post this baby, you have no idea!! Annndd GO!!
Trying to rebuild my awesome fangirl collection of autographs, books, and swag has been difficult, (God I still tear up thinking about ALL that was lost, some irreplaceable mementos...🤢) but I will re-build, one book at a time.
#circus #freakshow #ringmaster #puppet #puppetonastring #ShadowGirl #picsart #reface #cutyourstrings #mentalhealthawareness
Y'all need Jebus! Get a Job! And get off my lawn! 🎃 Happy Halloween! 👻
#BleedingMemes #ManiacsWithKnives @shaunhupp #favoritebookquotes
#BleedingMemes coming back for Round Three! (All the previous one are still in the gallery on B³) - stay tuned!
Have a great birthday, @knucklesupper !!
#MayImpareYourAbility