I don’t know how things are where you live, but Michigan’s governor has added visits to family members to our ‘stay at home’ order – unless it’s a medical emergency. That sounds like a great reason to stay home and read! 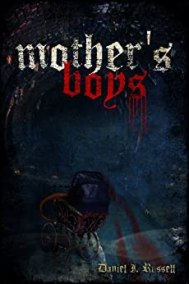 Mother’s Boys
What do you) get when a group of psychopathic killers take on a family of mutated freaks? A whole lot of bloody good fun and Daniel I. Russell delivers it in spades!

Mother
This story will take you on a tearful journey as you explore a volatile mother-daughter relationship. Sometimes sometimes love doesn’t conquer all…
(Free today on Amazon)

I Try My Best
This is a short story about one woman reliving her past failures and dealing with the guilt she faces daily. 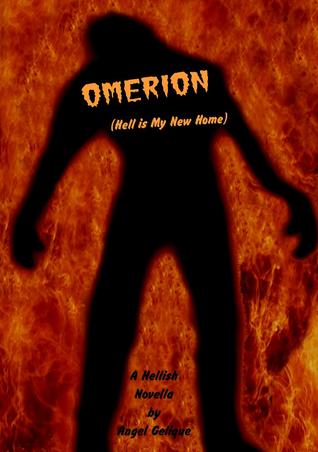 In life, Samuel Rylandt was a serial rapist and murderer who callously committed heinous acts with no regard whatsoever for the women he victimized. In death, however, he will suffer the consequences of his depravity as his soul undergoes a startling corporeal transformation and he is thrown to Hell (Omerion) to complete three horrific phases of moral reconstruction.

Samuel’s notions of the underworld are broadened as he learns that “Hell” is actually an elaborate civilization where the damned agonizingly learn the virtues that evaded them in life.

OMERION: (Hell is My New Home) on Amazon, Goodreads,

THE SEASON OF GIVING

Lou Reilly grew up in a strict, oppressive environment, raised by zealous religious parents who merely wanted to protect him from the sinners of the world. Sheltered to the point of isolation, Lou is unprepared to fend for himself when his parents pass away.

Bullied and tormented at his new place of employment, Lou starts suspecting that his parents were right to shield him from such harsh and hateful people. Just as Lou begins to befriend a colleague who vows to help improve his life, he is put to the ultimate test of faith. All seems hopeless.

But he won’t let the sinners win. He won’t burn in hell as his parents have warned.

Warning: For Mature Readers (18+) Only

The Season of Giving wasn’t all horrific holiday fun – it kind of bummed me out a little bit.

Lou’s mom used to get together and go to lunch with Carrie White‘s mom, where they would swap “Parenting Tips for the Mentally Christian” over their watered down tea and bad fish entrees.

All alone, Lou Reilly grew up the best that he could.  He finally made a real friend,  but when a little miscommunication / misunderstanding arose between them – he obsessed over it until he convinced himself that his “friend” was actually an enemy out to destroy him, and send him to Hell in a hand-basket.

I definitely had some emotional moments while reading this – mostly anger that came with me screaming at the characters and waking my husband up. There were some ‘Oh, poor Lou’ moments, too.  One final ‘hugely cringe-worthy’ scene leads up to our (mostly) “YAY!” ending – unless you overthink it and let your mind wander past the final page of the story. If you do that, you may end up like me when Lou finally ‘make things right’ – I haven’t decided if I want to cheer for Lou, the carnage, and the sweet, wonderful revenge or if I want to just put my head down and sob.

If you’re not in the mood for something quite so… deep right now, you can start by reading Christmas Shopping first – a genuine Horrific Holiday FUN book   🙂

The Season of Giving on Amazon / Goodreads

A tale of Christmas mayhem…

All Jilly Carson wanted to do was get a little Christmas shopping done with her best friend, Peyton. But when Peyton can’t meet her at the mall, Jilly finds herself feeling anxious and alone as her mother’s cautionary words echo in her head:
“Don’t talk to strangers. Don’t put yourself in that position again. You remember what happened last time….”
When a tall, blonde-haired stranger begins to stalk her, Jilly does everything she can to avoid him.
Feeling scared and vulnerable, she finally decides to leave the mall.
But the blonde-haired man won’t let her flee quite so easily….

Download a little bit of horrific holiday fun from Angel Gelique this season and help prepare yourself for the joys of shopping – the crowds… the Christmas music… people in general… ugh! Shoot me now!

17 year old Jilly Carson just wants to get a little shopping done and be left the fuk alone in the process – too bad the blonde haired stranger can’t take any not-so-subtle hints!

A game of cat & mouse ensues – and there is definitely some blood splatter left on the trap!

You can get this eBook for FREE (all formats) at Smashwords,  and it’s available FREE for Kindle Unlimited subscribers, or just $ .99 on Amazon.

Like Loading...
I’ve completed the 2016 Goodreads Reading Challenge, and have read about 128 of 125 books… so far – (that is just the Goodreads challenge, not Shadow Girl‘s personal goal… I am far from finished!)  Just try to stop me – It’s not even October yet!
I may be 36 books ahead of [the GR] schedule, but do you realize just how many books on my 2016 Must Read list are not even published yet?! (not to mention my ‘don’t judge me’ list or my ‘guilty pleasure’ list – No. I have no shame).
OMG, these authors are killing me!
But, I wouldn’t want to go any other way.
Big, BIG, HUGE thanks to the minds behind the mayhem.
You guys are a large & very important part of my life, and I’m lucky enough to call many of you my friends. Thank you for the journeys so far, and I can’t wait to see where we’re going next!!      P, L & N ♥  ~sg