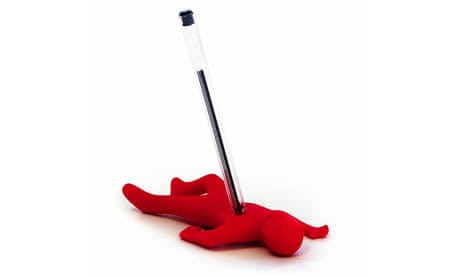 A 28-year-old British man, most notable for his 2006 victory on the quiz show Countdown, tracked down a Scottish teenager who’d written a negative review of his self-published novel and shattered a bottle of wine on the back of her head. The aspiring author pleaded guilty to the 2014 assault in a Scottish court Monday, the Mirror reported.

Craig Brittain had posted an unfinished version of his book, The World Rose, on Wattpad, an app where amateur writers post their stuff and others review it. (Wattpad is perhaps best known as a fanfiction hub—One Direction fanfic author Anna Todd landed a book deal last year after posting her Harry Styles story there.)

Here’s the description of Brittain’s book from Amazon, where it’s still for sale:

An epic fairytale romance set in a semi-fictional ancient world, containing elements of action, adventure, poetry and comedy. The title has a triple meaning: the central character is a renowned beauty – ‘the rose of the world’ – while the rose flower features heavily in the plot, and it also implies that the world rose up. When Ronwind Drake discovers treasures in a distant paradise, a new golden age seems set to begin, but Ella Tundra will find that all which glitters is not gold as she faces many obstacles in her quest for true love.

Brittain claimed the early reception for The World Rose was strong, blogging that “The praise I received was remarkable and made me feel great; I was compared to Dickens, Shakespeare, Rowling, Raymond E Feist and Nora Roberts.”

But he also complained about bad reviews from “idiots” and “teenagers.”

One of those teenagers was Paige Rolland, the eventual victim of Brittain’s savage bottle attack. Her entire harsh (but fair) review has been preserved on Amazon, but this passage really sums up her criticism:

As a reader, I’m bored out of my skull and severely disappointed in what I might have paid for. As a writer (albeit an amateur one) I’m appalled that anyone would think this was worthy of money.

Not only does it begin with “once upon a time” which you could argue is perfect as this is a fairytale (and it doesn’t work, it’s incredibly pretentious), but it’s filled with many writing no-nos. Way too much telling, pretentious prose, and a main character that I already hate. Ella is the perfect princess (true to fairytales, so we can at least give him a little credit despite how painfully annoying this is coupled with a complete lack of real personality shining through).

Rolland also noted that Brittain “has gained a bit of infamy on Wattpad where he’s known for threatening users who don’t praise him (pray for me),” which turned out to be quite portentous.

Brittain, incensed at the one-star review, apparently tracked down Rolland’s Facebook page, discovering that she lived in Scotland and worked at an Asda supermarket. He allegedly traveled 500 miles from London and found her at the store, crouching to stock a low shelf of cereal boxes. He hit her from behind with a full bottle of wine, leaving her unconscious and with a gash on her head.

According to the Daily Mail, this isn’t even the first time Brittain has been accused of stalking a woman online. The perfect princess of his novel, Ella Tundra, was apparently based on a woman he targeted, a creepy courtship he described in a blog post called “The Benevolent Stalker.”

“Eventually, she contacted the police,” he wrote. “I was called by a policewoman and told that I had to stop contacting her.”

Of course he stopped, right?

“On Valentine’s Day 2014, I sent her another card, with an elaborate drawing of a wild scene. In it, she became the character Ella Tundra, and that is howThe World Rose began.”

Brittain has since updated the post to acknowledge it was “deluded and creepy,” and that he’s “now getting treatment.”

“There is no such thing as benevolent stalking,” he wrote, “This is now crystal clear to me. I was totally wrong. No means no.”

One reply on “British Writer Tracks Down Teen Who Gave His Book a Bad Review, Smashes Her With Wine Bottle”

Geez, people have a right to their opinions – sometimes it stings, but would he rather have everyone just tell him, yeah it’s great, then wonder why he never sells much or gets a publishing deal? I think this guy is out of line and wouldn’t buy his book if it was the best writing in the world now.